Euthalia active lightning and power surges protection for the Cathedral of Spoleto.

Euthalia offers lightning and surge protection solutions at important architectural and artistic sites of all sizes.

Euthalia active lightning and power surges protection for the Cathedral of Spoleto.

Euthalia offers lightning and surge protection solutions at important architectural and artistic sites of all sizes.
Our artistic and religious heritage consists of a wide range of both cultural and historical assets. In addition to being exalted, these unique and irreplaceable resources must be properly protected and preserved. In particular, due to their architectural nature, ecclesiastical cultural assets are increasingly exposed to climatic events, which threaten the integrity of their structures, and could even compromise or destroy their value. Lightning strikes are certainly among the most dangerous natural phenomena, and despite the fact that they are gradually increasing, their perception is still underestimated. Is it worth protecting our priceless religious artistic heritage against this risk? How can we protect churches, monuments, and historic buildings against the hazard of lightning, as well as the structural damage and potential personal injuries that it can entail?

Let’s take a look at how valuable buildings and those who frequent them can be actively protected using Euthalia active lightning and surge protection systems, starting with the Cathedral of Spoleto.

Lightning strikes and churches: a relationship based on attraction.

Architectural elements of religious buildings (with their spires, crosses, edges, and structural heights) are often prone to lightning strikes, and the parts directly hit are almost always the highest points of the buildings, or the “pointed” elements. And just think of how many important churches there are scattered throughout Italy, all of which seem to “invite” lightning strikes. A strike can cause both external and internal damage, including the detachment of parts, the collapse of the entire building, damage to decorative elements, damage to the bell system, electrical system, and audio system, and injuries and damage suffered by people and property located either inside or in the vicinity of the structure itself.

Lightning strikes can be both direct and indirect. The protection for churches and buildings needs to be changed.

In addition to direct lightning strikes, indirect strikes and surges on incoming power lines must also be taken into consideration, as they can cause damage to the buildings and the contained equipment inside. Most of the technologies that we routinely use nowadays contain delicate electronic components, which are vital, but are nevertheless exposed to potential damage. How can churches and monuments be effectively protected against lightning strikes and surges? A change of perspective is needed. Once again, prevention is a key factor, and it’s so important that it’s the primary focus of all the technology proposed by Euthalia. In fact, Euthalia lightning and surge protection systems are equipped with technology developed by Ingelva, a leading international brand dedicated to innovation and active protection that’s been active on the market for over 70 years, and offers a complete range of lightning protection (lightning rods, air filters and earth filters) and surge protection (surge arresters) products. Protect before getting struck.

Why the Cathedral of Spoleto opted for Euthalia active lightning protection.

The maximum protection and minimal aesthetic impact offered by Euthalia’s systems make them ideal for maintaining the aesthetic appearance and traditional look of artistic and religious heritage sites. The particular manner in which they are installed within the building differentiates Euthalia’s systems from those of its competitors, guaranteeing maximum discreetness in terms of aesthetic and architectural impact. This is an important added value when it comes to artistic heritage.

The Cathedral of Spoleto is an excellent example. Here, the Euthalia protection system was installed throughout the entire Romanesque cathedral and bell tower in a non-invasive manner, without compromising the structure’s original beauty. 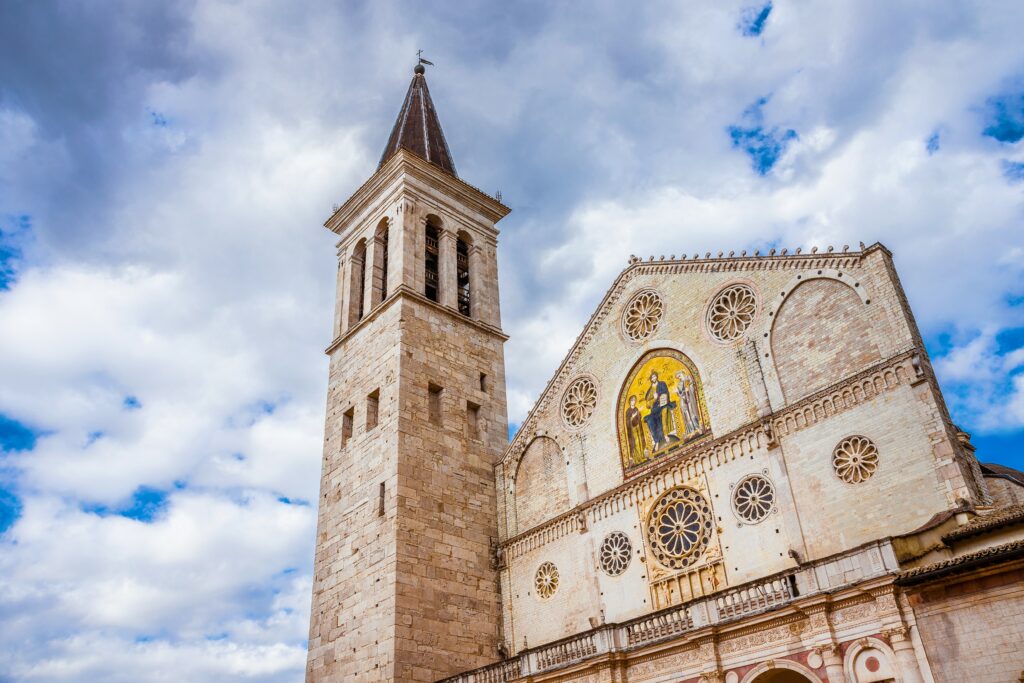 Euthalia’s protection systems are sized and installed in such a way as to ensure that the building is completely and effectively protected against direct and indirect lightning strikes, power surges, and frequency surges derived from the surrounding environment. All the weak points where lightning is most likely to strike (edges, protruding bodies, and crosses) are harmonised through the use of steel rods and the creation rings, in order to eliminate the so-called “peak effect.” Equipotential connections are made on all the eaves so as to form a reflector for the lightning rod, which is installed at the highest point beneath the cross, inside the bell structure, so that it is not visible from the outside. A connecting line between the ring of the cross, the reflector circuit created on the eaves, and the lightning rod is earthed with an insulated earthing conductor (as required by the EN 62305 standard) in order to intercept any lightning strikes on the structure (including on the lateral façades) and conduct the electrical discharge from the point of impact to the ground.

A second connecting line is installed between the lightning rod, the air filter (SCa), and the earth filter (SCt), which completes the protection system by guaranteeing the filtered earthing of the entire system inside the building.

In addition to their particularly discreet properties in terms of aesthetic impact, Euthalia systems also stand out with respect to traditional lightning rods thanks to the added value of their preventive approach.

In fact, traditional systems are based on a passive operating approach, which entails the installation of metal spires designed to “attract” electrical discharges and dissipating them into the earth via connecting lines. These solutions are only capable of limiting damage, without preventing it, and don’t take into account the critical possibility of power surges entering the building through all the electrical and electronic equipment connected via an earthing conductor.

Euthalia’s innovative systems are based on an “active” approach, and promote prevention by keeping the electromagnetic field that forms during thunderstorms in balance, thereby reducing alterations and consequently limiting the possibility of a leader stroke channel forming.
Euthalia’s solutions thus guarantee effective and innovative protection technology, while at the same time preserving the beauty of our artistic heritage. Find out how artistic and religious heritage can be actively protected using Euthalia’s active lightning and surge protection systems.

Find out how artistic and religious heritage can be actively protected using Euthalia’s active lightning and surge protection systems.

Euthalia, the best partner for every designer.

Euthalia places all of its expertise at the disposal of engineers, architects and technical designers through its technical office, which has proven experience in the analysis and implementation of all lightning and surge protection solutions at important architectural and artistic sites of all sizes.

For more information about Euthalia active lightning and surge protection systems with Ingelva technology, write to this address. Or call +39 0332 280041
Back to news list

DO YOU NEED MORE INFORMATION?

Fill in the form 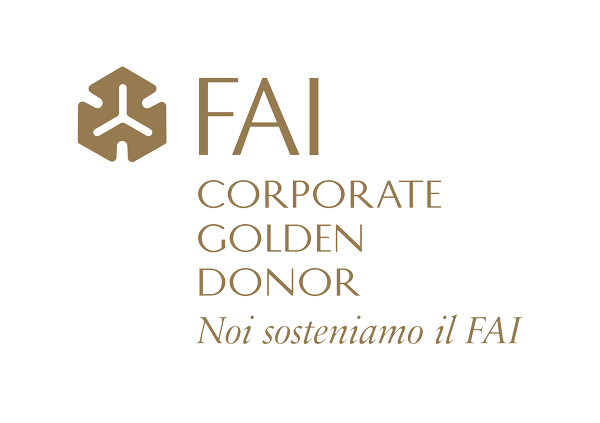